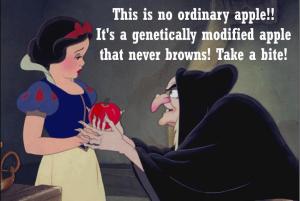 Labeling standards vary depending upon where you live. KNOW YOUR PRODUCE LABELS:

#84011 Contains GMO/GEO will always contain five digits on the label starting with “8” GMO labeling is not mandatory throughout the U.S. Inquire with your grocery store manager. Also known as Franken-Foods and Bioengineering.

TIP: The Naked Juice lawsuit centers around the company using GMOs in products it claims to be “Non-GMO” watch out for clever marketing.

Hybrid are foods that were created with cross breeds of 2 of the same genes or between different species. These are highly addictive i.e.: tobacco contains GE hybrid. Produce such as Corn, Cantaloupe, Lemon, Rice, Wheat, etc. Herbs include Spearmint, Peppermint, etc. These hybrid foods are sprayed with toxic (harmful) chemicals. Pesticides will then end up in our bloodstream.
Heirloom is better tasting then hybrid foods but will bruise easily. Seeds are more expensive. With heirloom seeds you can purchase just one packet grow your own harvest and save back the seeds of the new produce to replant each year. Simply, any type of vegetable seed that was saved and grown for a period of years and is collected and saved open pollinated by the gardener.
If the label does not state “certified organic” it will have a GE origin.

Tip: GMO’s are just about found in all packaged products. Canola, corn, soybean, and cottonseed oil watch out for as these are GMO. Cotton that is not 100% Organic also is a GMO.